Where do we go from here? A live virtual discussion on anti-racism efforts.

In his historical ‘I Have a Dream’ speech, the Rev. Dr. Martin Luther King implored, “this is no time to engage in the luxury of cooling off or to take the tranquilizing drug of gradualism,” and that there is a “fierce urgency of now.” This message still holds true nearly 60 years later. And, as a coalition, CUMU is committed to working with members to act now through critical learning, dialogue, and actionable strategies. 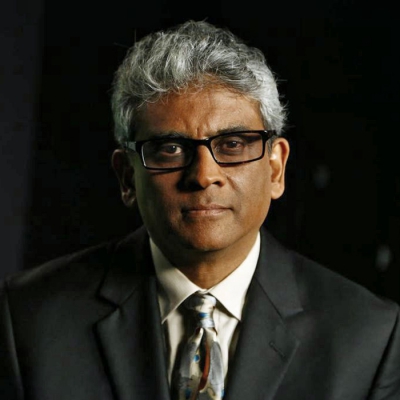 This discussion will be moderated by Fred de Sam Lazaro, executive director of the Under-Told Stories Project, an international journalism program based at the University of St. Thomas in Minnesota. He has served the PBS NewsHour as a correspondent since 1985 and was a regular contributor and substitute anchor for PBS’ Religion and Ethics Newsweekly. He also has directed films from India and the Democratic Republic of Congo for the acclaimed documentary series, Wide Angle.

Fred has reported from 70 countries focused on stories and issues that are under-reported in the mainstream U.S. media, with particular emphasis on social innovation and entrepreneurship aimed at alleviating poverty. In recent weeks, Fred has focused much of his reporting on racial justice and equity issues from his Minnesota base, in the aftermath of the killing of George Floyd.

Fred is the recipient of three honorary doctorates, numerous journalism awards and media fellowships from the Kaiser Family Foundation and the University of Michigan. He serves on the board of Minnpost, an online non-profit Minnesota based news service and also has served on the boards of the Asian American Journalists Association, the Children’s Law Center of Minnesota and the College of St. Scholastica, in Duluth, MN, his alma mater. Fred was born in Bangalore, India and lives in St. Paul.

Everyone is welcomed and encouraged to attend. Bringing multiple entities and representatives from your community will help create a holistic dialogue to address some of these most pressing issues. We encourage you to share this announcement to any and all of the following at your institution:

Participants should expect to gain the following from participating in this candid conversation:

Consider reviewing the following materials, which may help build an understanding of some of the topics covered

Resources from our panelists and moderator

About the featured image

The George Floyd mural outside Cup Foods at Chicago Ave and E 38th St in Minneapolis, Minnesota on a Thursday evening following a memorial service. The mural has become a popular spot to visit and to have a photo taken in front of it. The mural is the work of artists Xena Goldman, Cadex Herrera, and Greta McLain. The group started working on the mural on Thursday morning and finished it within 12 hours with the help of artists Niko Alexander and Pablo Hernandez. Image was taken by flickr user Lorie Shaull and is used here with a CC BY-NC-SA 2.0 license.